From accommodating hot pans and cutting boards to acting as an entertainment platform, there is no denying that a modern kitchen benchtop sees a variety of activities. Therefore, it is wise for homeowners to choose kitchen benchtops made from durable materials. Two materials that promise such durability are stone and laminate. When pitted against each other, stone and laminate stand their own both aesthetically and functionally. However, there are various reasons why you should choose laminate benchtop over a stone benchtop. This article makes a case for the former.

One might make a case for a stone benchtop over a laminate benchtop by pointing out that the former lasts longer. Nonetheless, chipping and scratching are inevitable, given the myriad of sharp and heavy kitchen equipment used on benchtops. The downside with stone benchtops is that these disfigurements are permanent, and repairs or replacements can be quite costly. Although laminate will scratch or tear over time, it is cheaper and easy to repair or replace. It might explain why most homeowners do not mind replacing laminate benchtops at the first sign of scratches or tears. The costs involved are negligible when compared to repairing or replacing stone benchtops.

People breaking glass plates, cups and mugs is a common occurrence in a kitchen. Since stone benchtops are dense, it is easy for falling glass items to break. It can be quite dangerous if you have children around your house who love to get dishes for themselves. On the other hand, laminate kitchen benchtops are a safer option primarily because the material is less dense. Therefore, laminate effectively absorbs the force from falling dishes, thereby making breakages less likely. What's more, bumping into laminate benchtops hurts less compared to bumping into stone benchtops, particularly for children. 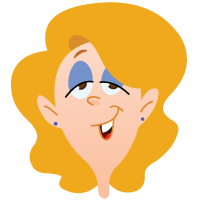 As the parent of five children, I've picked up some tips over the years when it comes to childproofing the garden and creating an outdoor space that's safe and can be enjoyed by everyone. I started focussing on safety in the garden after my first child had an accident that could have been prevented. Thankfully, they recovered pretty quickly, but I realised how easy it is for young children to get hurt when playing outdoors. I started this blog to share what I've learned as a parent, and topics I post about include creating safe swimming pools, identifying toxic garden plants, choosing child-safe gates and maintaining outdoor play equipment. I hope you find my blog interesting and useful.